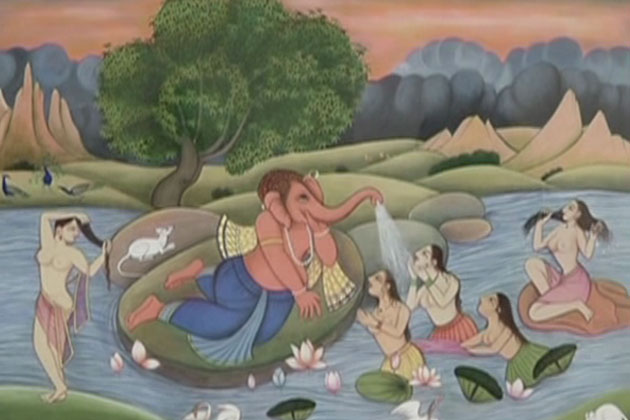 Jaipur (Rajasthan) : A controversial Ganesha painting at an ongoing art exhibition in Jaipur has created a sort of controversy.

Ganesha has been depicted in the painting as showering water on the women. Though no one openly objected to the painting, but Hindutva groups have reportedly expressed their displeasure to the organisers.

The painting exhibition is underway at the Rajasthan Lalit Kala Academy where painters from Uttar Pradesh are showcasing their paintings.

The exhibition is named as Vinium of Art.