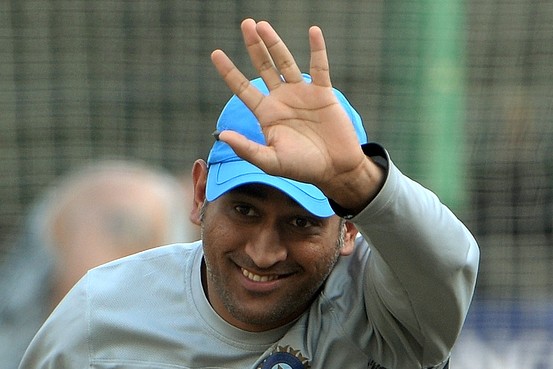 A court this month also asked Business Today — the Indian magazine that published the cover — to respond to similar allegations. The magazine in April 2013 published a cover portraying the cricketer as the Hindu god Vishnu. Mr. Dhoni is shown clutching products he endorses, including a smartphone and a running shoe, in place of religious symbols commonly associated with the god of preservation.

A local leader of Vishwa Hindu Parishad, a right-wing Hindu group, filed the petition, alleging that by mocking a Hindu god, the cricketer and the magazine had hurt Hindu sentiments.

A local court in the southern district of Anantapur had ordered a representative of Business Today and Mr. Dhoni to appear before the court in June of this year, said police superintendent Senthil Kumar. “Business Today has already filed its defence in the matter,” a spokesman for the India Today Group, which owns Business Today, said in a statement.

The court Tuesday issued a bailable arrest warrant against Mr. Dhoni, ordering him to appear in court by July 16. If he fails to comply with that deadline, he may be arrested.

The magistrate’s court originally dismissed the case last November, Mr. Kumar said. But on June 3 of this year, it agreed to hear a revised petition, according to Mr. Kumar.

Business Today hasn’t received an arrest warrant, Mr. Kumar said, because a representative of the magazine most likely appeared before the court earlier.

Mr. Dhoni couldn’t be immediately reached for comment. The Indian cricket team is in England for a tournament beginning July 9, according to the England and Wales Cricket Board website.