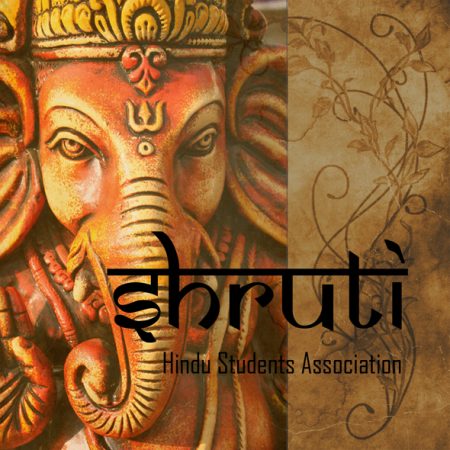 HOUSTON: Hindu Students Association is proud to announce the release of the first episode of its new podcast series, Shruti. Shruti aims to bring to light the history of Hinduism and important issues affecting Hindus here in the United States and around the world.

Shruti, which means “that which is heard,” is named after the set of authoritative scriptures of Hindu philosophy. “It seemed appropriate to use the term Shruti,” explained Hari Venkatachalam, Vice-President for the Hindu Students Association.  “Most of Hinduism’s sacred literature wasn’t written down until centuries after they were first composed. The knowledge that was contained in these holy books was passed down from teacher to student through recitation and memorization.  Our sacred words were first heard, not written.  We’re hoping that we can share the Hindu experience in the same way, recreating how Hinduism has been passed from generation to generation for millennia.”

The first episode in the series “Arrival in the West: Finding a Place in the New Land” is hosted by the national officers of Hindu Students Association. It focuses on the movement of Hinduism to the Americas, and the unique challenges early Hindu immigrants faced as they sought to practice their religion in a foreign land.

To listen to the podcast, visit www.hindustudentsassociation.org/podcast.

You can subscribe to the Shruti podcast series through Apple iTunes and Google Play, at the links listed below. If you would like to get involved with future podcast episodes, become a sponsor, or have any feedback, comments and/or suggestion about the series, we would love to hear from you at info@hsamail.org!

Hindu Students Association (HSA) was formed in 2009 by a group of Hindu students and young professionals who realized the need for an organization that catered to young Hindus in America and provided a platform for their religious and spiritual development. The mission of HSA is:

1) To empower young Hindu adults through education, service and devotion;
2) To cultivate and foster cross-cultural dialogue and interaction on issues pertaining to Hindus domestically and nationally;
3) To improve the level of representation at colleges/universities with organizational activities and participation in other organizations and media; and
4) To build a network amongst younger Hindus in America.

More information about HSA and how to get involved can be found at our website: http://hindustudentsassociation.org/
If you have any questions regarding the Hindu Students Association, please feel free to email us at info@hsamail.org