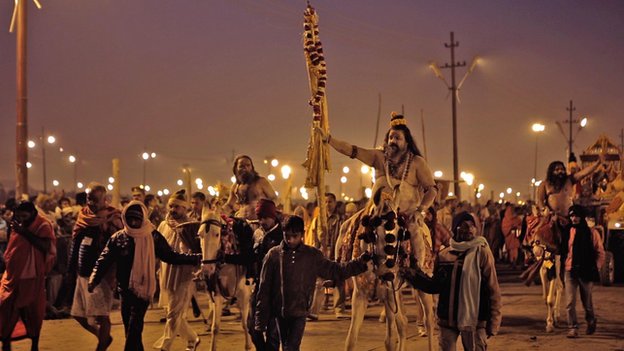 A two-hour documentary about real stories set against the backdrop of the Maha Kumbh Mela festival emerged as the favourite Indian title at the recently held 38th Toronto International Film Festival (Tiff).

The festival, which is held every 12 years, is billed as the world’s biggest gathering of humanity. Millions of Hindu ascetics and pilgrims take a dip at Sangam, the confluence of the Ganges and Yamuna rivers in India’s Allahabad city. This year, it was held over a period of 55 days, and drew between 80 and 100 million devout visitors.

Faith Connections, written and directed by Pan Nalin, is a magnificently mounted, beguiling film. After watching its premier in Toronto, American director Darren Aronofsky described it as “a beautiful meditation on (the) largest spiritual gathering on earth”. Nalin, who made international cult hits like Ayurveda: The Art of Being, Samsara and Valley of Flowers, is obviously thrilled.

“I went to Allahabad like a tourist and came back completely overwhelmed by the encounters. “I was mindful not to deliver yet another packaged documentary on the Maha Kumbh. That has been done to death. So I looked around for emotionally engaging stories in this bewildering sea of humanity.”

The result is a personal, yet profoundly universal, cinematic essay that interweaves five disparate tales into a meditative, entertaining and provocative tapestry. The film focuses, among others, on a 10-year-old runaway who aspires to be a dreaded gangster, a yogi (Hindu holy man) who “mothers” an abandoned baby and a distraught family looking for a lost toddler. There is also an outspoken holy man who unabashedly seeks salvation in marijuana, and a veteran pilgrim who gets a high by simply immersing himself in this mass manifestation of unbridled faith. 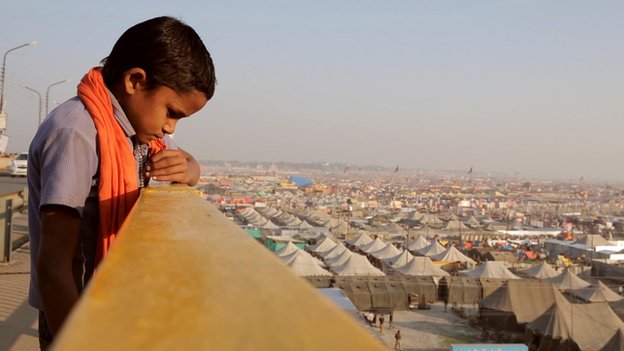 “The idea of this film evolved literally a week before the shoot,” says Nalin, who headed to the Sangam in Allahabad simply because his father wanted him to fetch a bottle of holy water from there. “I decided that I would come back with the bottle in four or five days if I did not find stories that were moving enough,” he adds. Not surprisingly, Nalin found more than what he was looking for. “I had seven separate stories at the end of filming,” reveals Nalin, “and two of these got dropped during editing”. 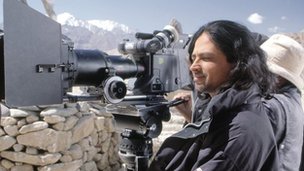 Director Pan Nalin says he went to Allahabad like a tourist but returned overwhelmed by the encounters.

He says he plunged into the film without a written script and Faith Connections, jointly produced by Mumbai’s Jungle Book Entertainment and the French company, Cite Films, took final shape only in the editing suite. It is indeed the free-flowing nature of Faith Connections that defines the core of the film. “It is not about religion, but about faith that connects and binds people,” explains Nalin. Each of the characters grows on the audience as the film progresses, propelled by a unique narrative style and rhythm. The boatman Sonu and his wife Mamta who have lost their son Sandeep in the milling crowds quickly turn into individuals who demand and earn empathy.

As does the enormously charming Kishan Tiwari, a street-smart boy who claims his parents are dead. He possesses a degree of innate chutzpah that belies his tender age. Everybody on the 50 sq-km (20sq-m) Kumbh Mela grounds – from the policemen on duty to the milkman who does brisk business during the days of the pilgrimage – seem to know the boy. 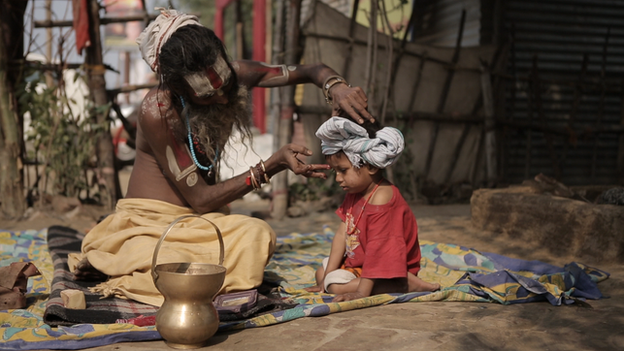 Just as fascinating is the story of the yogi who takes care of a castaway who, he believes, could be an incarnation of Lord Vishnu, the Hindu god of creation.

“The world that I have renounced has in turn abandoned this boy,” the yogi says. “It is my karma to look after Bajrangi.” “The depth of devotion, especially among the poor, is amazing,” says Nalin. “The bliss on the faces of people who take a dip in the holy river has to be seen to be believed.” Nalin, who divides his time between Mumbai and Paris, is now hoping that his film will find wide distribution in India.

“I am happy to report that the response has been encouraging thus far.”