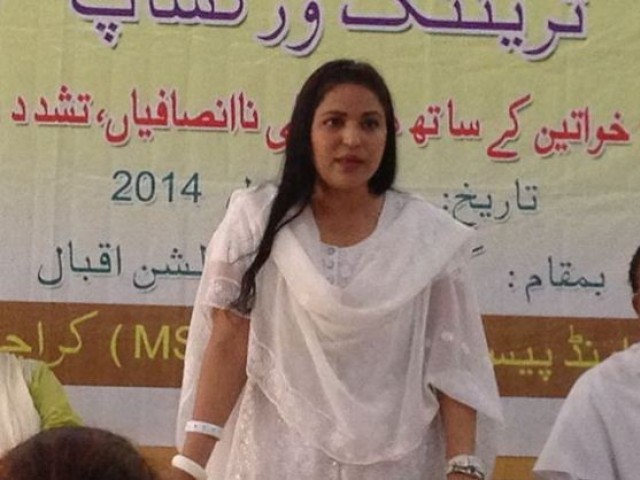 The Karachi Bar Association has demanded that the authorities should provided lawyer Jacqueline Sultan with adequate security. PHOTO: Facebook

KARACHI: A Christian lawyer who has been defending people charged with blasphemy and helping victims of forced conversion and marriage has received a threatening letter wherein she has been warned that she will be killed if she did not stop her work.

Jacqueline Sultan, a high court advocate and a member of the Karachi Bar Council has informed Karachi Bar Association President Naeem Qureshi, the Risala Police Station, the South SSP, and the Rangers DG about the letter she found in her chamber.

The Karachi Bar Association in its general body meeting on Friday took serious notice of the issue and demanded that the authorities should provide the lawyer with adequate security.

The lawyers’ body asked the authorities to order an investigation into the matter so that the people who sent the threatening letter to Sultan could be arrested.

Rights organisations, political parties and minority communities have also expressed their serious concerns over the issue and asked the government to ensure the safety of the lawyer.

Sultan is also a human rights activist and the chairperson of the Global Human Rights Association Alliance.