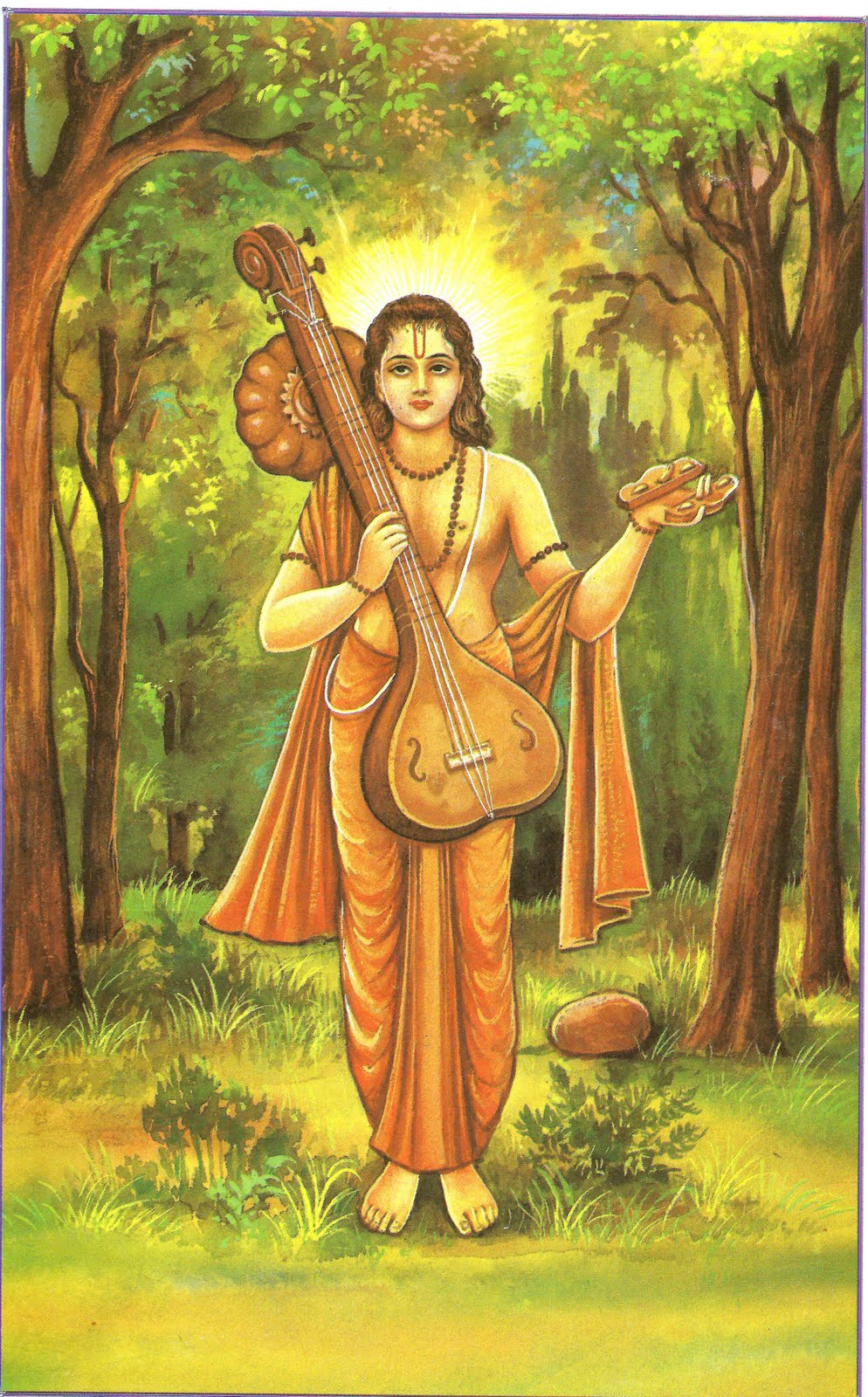 Mumbai : An article written by A. Jaijeet has been published on the website of ‘Divya Marathi’ , a daily Marathi newspaper under the heading of  ‘Narad Muninchya Zadu ne Deva-lokaat Khalbal’ on 22nd January. Narad Muni has been shown in the form of New Delhi’s Chief Minister, Arvind Kejariwal. (Narad Muni has been shown in the form of a politician by the writer exhibiting his low level of thinking ! Lack of Dharma-shikshan amongst Hindus is the reason that they do not feel anything towards denigration of their seats of worship. Would ‘Divya Marathi’ dare to denigrate objects of worship of followers of non-Hindus ? Hindus need to awaken their love and respect towards Dharma and unite for protection of Dharma by acquiring knowledge of Dharma ! – Editor, Dainik Sanatan Prabhat) On his head, a cap is shown as worn by Aam Aadmi Party (AAP) members with a  broom in one hand and ‘chimes’ in another hand. It is also shown as Narad Muni chanting ‘Arvindam’, ‘Arvindam’ instead of ‘Narayan, Narayan’. (One cannot be a Hindu if his blood does not boil after reading the above ! – Editor, Dainik Sanatan Prabhat)

In this article, Narad Muni says, ‘It’s time to improve the system. I am going to clean the whole system with this broom.’ On his statement, old Deities say, ‘We cannot ignore these things. Today, they have taken broom in their hand; but tomorrow, if they ask for 2-3 litres of liquor for free, it will be a problem. We get maximum tax due to it. It will be such demand that can draw lot of support. (Secular Government will not take any action against these people who are stooping to low level and ridiculing seats of worship of Hindus. Establishment of Hindu Rashtra is necessary to bring about a change in this situation ! – Editor, Dainik Sanatan Prabhat) During this period, few Deities like members of AAP gather along with Narad Muni and when asked for reason, they reply as ‘just for change’

Devout Hindus are registering protest on the following address !