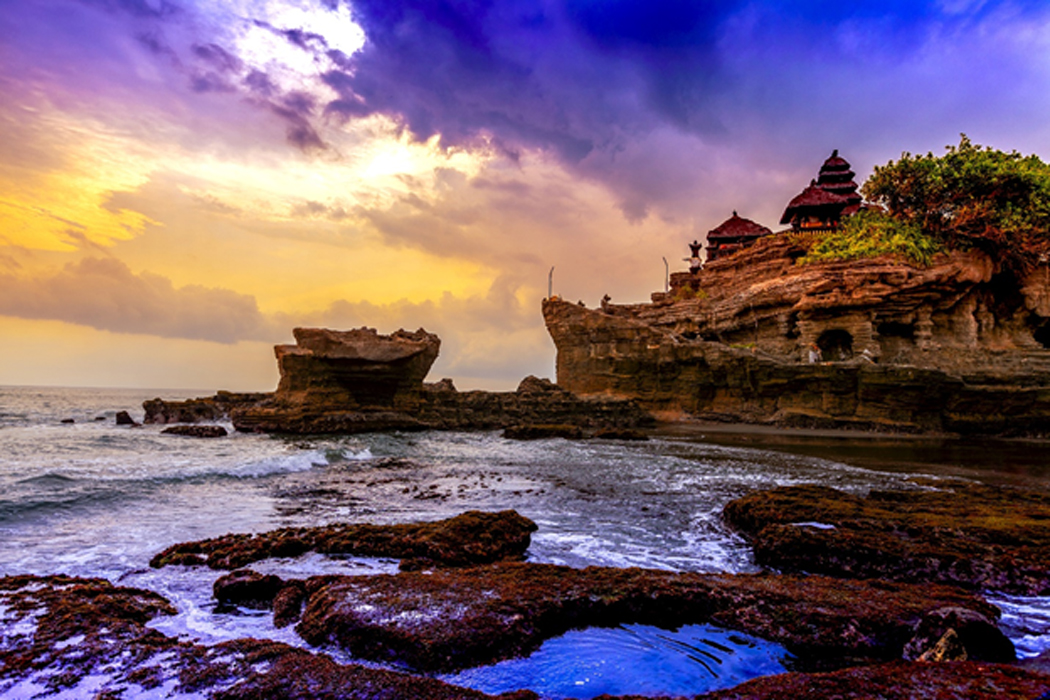 Bali regularly features as one of the most beautiful places in the world, a well-known mecca for backpackers and travelers. The island not only has natural wonders, but also many architectural and cultural marvels. One of the most remarkable of these is the magnificent Tanah Lot temple. This is an extraordinarily beautiful temple complex set in an area of outstanding natural beauty.

A Temple Out at Sea

The temple is located on the beautiful island of Bali in Indonesia . Tanah Lot temple is in Tabanan, about 18 miles (30 km) away from the city of Denpasar, approximately 100 feet (300 meters) offshore, on a large rocky outcrop. The few trees found here almost enclose the shrine. 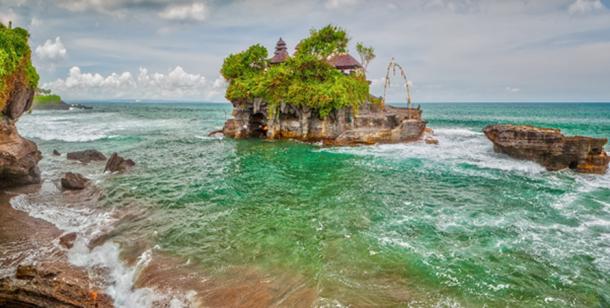 The shrine is accessed by a stone causeway that allows visitors to walk to the complex at low tide. It stands at the top of the rock and is accessed by a stone staircase. As per Hindu custom, there are three separate shrines and each one holds a number of statues representing Hindu deities. Tanah Lot follows a traditional Hindu geometric design and pattern and is said to be aligned to more than one spiritual axis that is believed to cross the island. It was designed to express core Hindu beliefs and Balinese mythology and is a pilgrimage center of great importance. The main deity worshipped at the temple is a sea-god.

Tanah Lot temple complex on the island is complemented by a series of onshore shrines. These are spiritual proxies to Tanah Lot and serve as a place of pilgrimage when the tides make Tanah Lot inaccessible to the faithful.  There are also some smaller temples where regular prayer sessions are held on an almost daily basis. 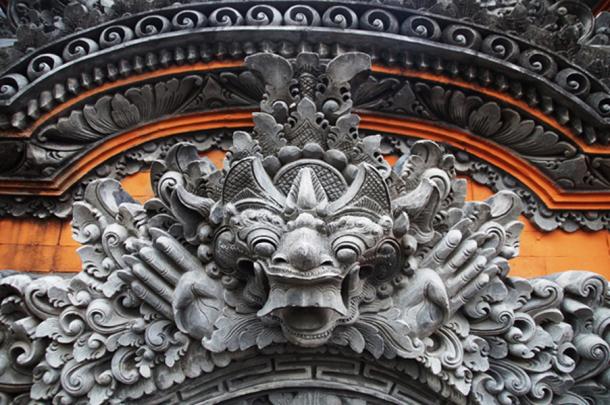 Tanah Lot is one of seven sea-temples that were all built within sight of each other. From this temple complex, the shrines at Batu Bolong can be seen. These sea temples were constructed to offer spiritual protection to Bali and its people and are sometimes known as ‘directional temples’.

The rock upon which the temple is set is constantly battered by waves and eroded, which has become a real problem in recent years. In order to preserve the Tanah Lot rock formation the authorities had to act by adding rocks and stones from the neighboring area to the island, which buttressed the rocky outcrop in order for it to withstand the waves and the occasional tropical storm. If the project, which was financed by the Japanese government, had not proceeded, it is likely that the temple would have submerged into the sea.

The waters of the fresh-water fountain on the island are believed to be especially propitious, but one thing to remember is that it is not possible for non-Balinese to enter the actual grounds of the temple. However, they can enjoy the scenes and the customs. The spectacle at Tanah Lot on days of pilgrimage is truly memorable and great for photographs. 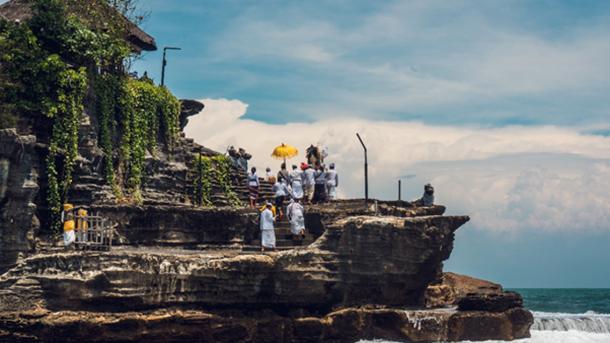 There are many legends told about the history of Tanah Lot temple. It was believed to have been funded by a high priest from the powerful Hindu Majapahit Kingdom in the 15th century, who journeyed to Bali to convert the local people to Hinduism. When he came across the beauty of Tanah Lot he decided that it would be a worthy location for a shrine to the sea god.

The priest, who was called Nirartha began to preach to the local people. After a local king threatened the high priest, he performed a miracle to demonstrate the power of Hinduism. Through the power of meditation the priest moved a huge boulder out to sea. This so impressed the king that he ended his opposition and even embraced Hinduism. The rock that was miraculously moved out to sea eventually became the site of the Tanah Lot temple. 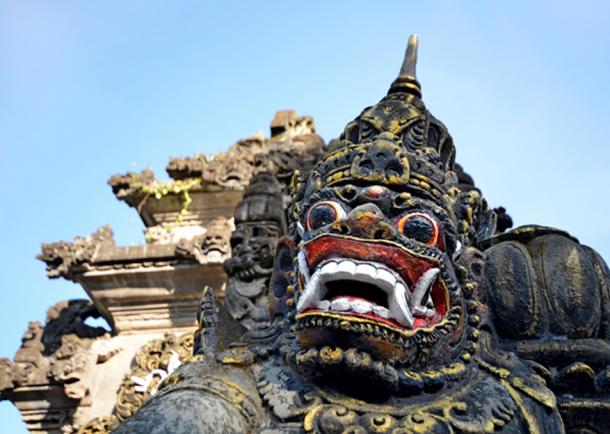 How to Get to the Tanah Lot

It is located near major tourist attractions such as Kuta Beach. There are many group tours to the site and a large car park at the entrance of Tanah Lot.

The admission cost is 30,000 rupiah per person. There is a selection of accommodation near Tanah Lot, something for every budget. It is important to remember that the temple is of great cultural and religious significance, so visitors need to behave in an appropriate manner.