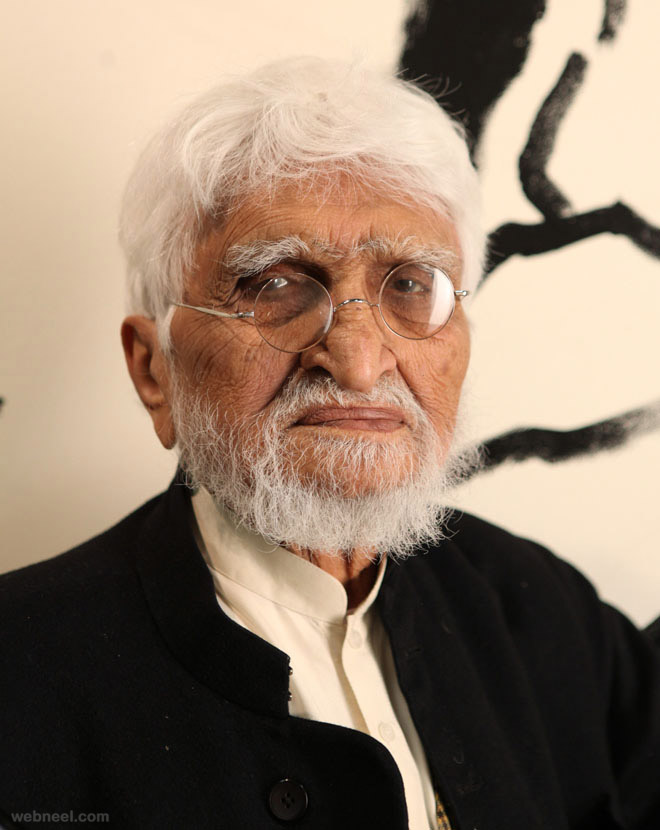 Offering unsolicited citizenship to a fugitive was reason enough to be declared an enemy state in olden times. The logic is that ‘a friend of our enemy is also our enemy’. By granting citizenship without application to the Musli-world renowned vulgar painter M.F. Hussain (who has been running away from Indian Law), the State of Qatar has done exactly that. This puny little Gulf state sitting on a lot of gas with huge unfounded ambitions has thoroughly exposed its real intentions by this single unfriendly act. Most of the Gulf Muslim states revel in anything that disgraces Hinduism and India . The powerful lobby of Pakistanis in all walks of Gulf life works overtime to achieve this. But the sad part is that all the necessary materials are provided by our own Muslim brothers in the Gulf.

It is understood that Qatar ’s unfriendly attitude to Hindus and India is evident in many spheres. Put together, Hindus from India , Sri Lanka and Nepal are well over five lakhs and constitute a significant part of the population of this very small country. Yet there is not a single temple or even a praying space for Hindus in Qatar . In sharp contrast, consider the case of Christians in Qatar , including those from West, Philippines , India and Sri Lanka . There are umpteen numbers of denominations (Pentecostals itself more than seven) and their total population is at best equal to that of the Hindus. But it seems the Church facilities provided to ‘these people of the book’ are something to be seen to be believed. And the role played by George Thomas (Achayan), the earlier INDIAN ambassador, in achieving in all this is really unbelievable!!!

M.F. Hussain has been felicitated many times in Qatar , mostly by Indian Muslim organizations, and a Qatari Hussain may become their darling in no time. Do not be surprised if he spends the rest of his life by painting all the remaining Hindu deities nude. It is heard that the newly inaugurated Islamic Museum in Qatar has an entire space reserved for Hussain to display all such outputs from his targeted vulgar talents. The powerful Qataris and Indians who achieved this unprecedented task of granting citizenship to someone who did not ask for it can rest assured that their new catch will certainly live upto their expectation (of insulting Hinduism again and again), provided he lives on till 100.