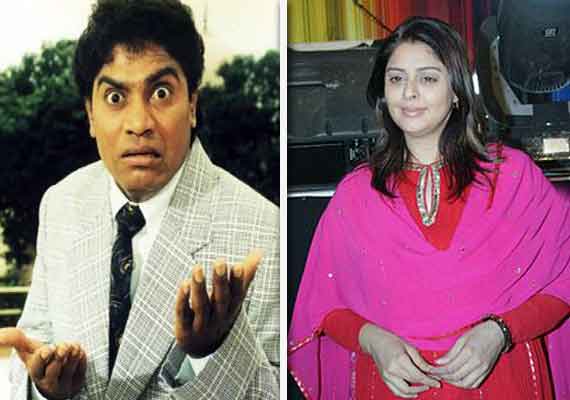 Mumbai: The Vishwa Hindu Parishad and Bajrang Dal have threatened to launch agitation against Bollywood actors Nagma and Johnny Lever, for what they allege, propagating Christianity and proselytizing Hindus.

VHP leader Umesh Rane has alleged that large hoarding have come up at Mumbai railway stations and on BEST buses using pictures of Nagma and Johnny Lever propagating Christianity.

“If they don’t stop these ads immediately, we will hold Maha Aarti and havans in front of their residences”, threatened Rane.

Rane alleged that both Nagma and Johnny Lever were collaborating with Christian missionaries and trying to proselytize Hindus.

He said, a booklet with 18 stories depict both the actors as claiming that their lives changed for the better after becoming Christians. “If they dont’ stop tis, we will teach them a lesson VHP-style”, he said.