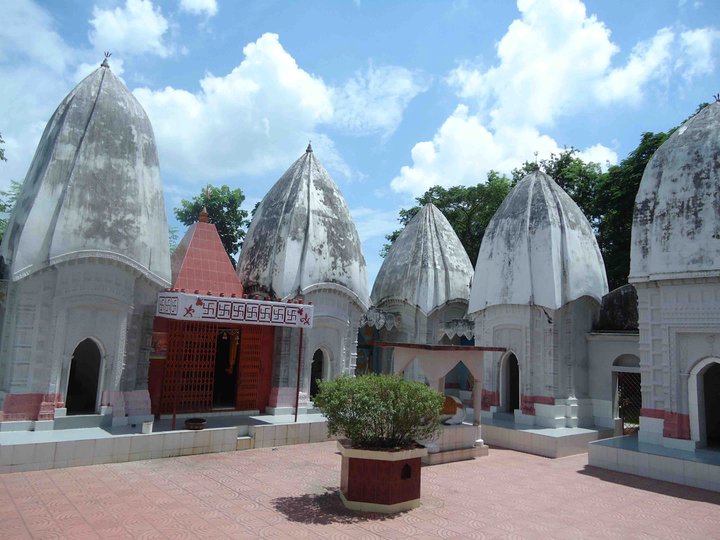 The religious extremists and intolerant gang of bigots damaged 13 historic and priceless Hindu statues including 12 of Lord Shiva inside the Barashivalaya Hindu Temple (also called Baro Shibaloy Hindu Mandir). The ancient temple is located in Joypurhat, Bangladesh and creating panic among the Hindu people. Pundit Situ Chandra Mohanta (Hindu priest) of the 500-year-old temple found 12 priceless Shiva idols damaged when he came to the temple for performing the ritual and informed the members of the temple committee. Of the damaged holy statues, one was torched,” he said, adding that criminals also damaged the cow statue inside the temple.

This isn’t the first attack on Hindus during Ramadan, as locals have stated that there is an increase in attacks on Hindu homes and their temples by extremists during the Muslim holiday of Ramadan and during the Hindu festival of Diwali, as more Hindu temples become visible.

Although, Hindus are Bangladesh’s largest minority communities and are among the indigenous people of the nation, global media has not really been interested in their plight. Arguably, Bangaldeshi Hindus and indigenous tribes one of the most persecuted religious minority communities in the World, their % of population has dropped from almost 20% in the 1960s to less than 8% in 2017. Some academics and researchers such as respected Dr.Abul Barkat have stated that there will be no Bangladeshi Hindus left in 30 years. Many such fears are driven with the ongoing rise of Islamic extremism and lack of state protection for non-muslim minorities in Bangladesh.

As of May 28th, no media outlets or human rights activist groups outside Bangladesh condemned the hate crime attacks on this ancient Hindu temple during Ramadan. However, our team did a quick analysis and any instance globally where a Christian or Muslim minority had their house of worship attacked during a majority group’s religious holiday, then it was made a national debate of growing intolerance. We ask, why don’t Hindu lives matter too? Of the over 180 attacks on Hindu temples in Bangladesh over 12 months, we repeatedly reached out to media houses and journalists at Vice, Toronto Star, NYTimes, Washington Post, CNN, BBC, Al Jazeera, NDTV, Guardian, CBC, Fox News and more. However, the result was that only 1 instance of attacks was covered by New York Times, Fox News and Al Jazeera. Media outlets such as Toronto Star, CNN, Vice, CBC, Washington Post have ignored our requests without reply. However, as a test we did once share that a Mosque was attacked and almost all outlets or journalists from the outlet did show response.

Many Bangladeshi Hindus pray that the daily atrocities they face with one day get the attention of the global community such as the plight of Myanmar’s Rohingyas before its too late and they are all forced out or forced to covert to Islam for their protection.