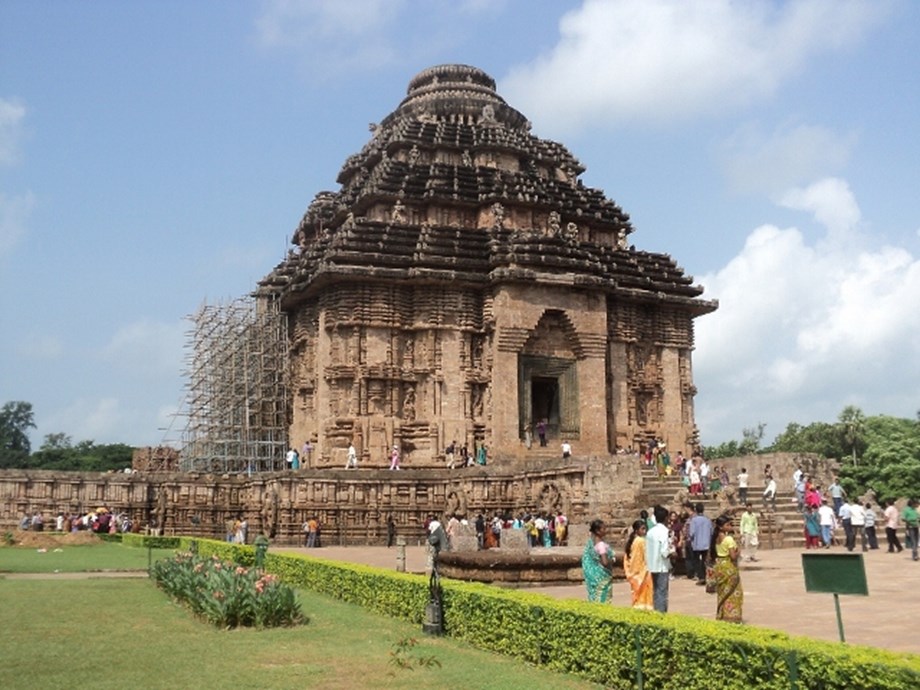 The Archaeological Survey of India (ASI) on Friday said there is no structural damage to the Konark Sun Temple, a World Heritage Site, due to Cyclone Fani, which made its landfall near Puriin Odisha on May 3. There is also no major damage to the Shree Jagannath

Temple at Puri, a top Hindu pilgrim spot, it said. The repair and restoration of the Jagannath Temple will be completed ahead of the annual Rath Yatra festival on July 4, the ASI said. A high-level team led by ASI director general Usha Sharma visited both the monuments located in Puri district a day after Odisha Chief Minister Naveen Patnaik dashed off a letter to the Centre seeking immediate inspection of both the temples following the extremely severe cyclone which had packed windspeeds of about 200 kmph. After the visit to Konark temple, a 12th century edifice also known as the Black Pagoda, the ASI team observed that there is by and large no structural damage to the monument.

There is, however, some dislocation in the scaffolding which has been set up for chemical cleaning at the upper level and is being set right, an ASI official said. “The chemical cleaning and consolidation of the eastern face will be completed and be back to normal within about a fortnight.” On disallowing visitors to the monument, the ASI team said it will open to the public in the next two to three days. After the team’s visit to the 13th century Shree Jagannath Temple, Sharma said the repair and restoration work of the temple is going on on a war footing.

“Senior ASI officials and engineers will camp in Puri to ensure that the work is completed before the Rath Yatra,” she said. The superintending archeologist of Bhubaneswar circle of the ASI had inspected the monuments after the cyclone. He had found certain damages on the surface of the Shree Jagannath Temple but no major damage to its structure. It had earlier been doubted that a crack measuring about one-and-a-half inch had developed near the Neelachakra (blue wheel) atop the temple after the iron scaffolding around the main temple put up by the ASI to stitch the cracks in the beam and the roof joints collided with the outer temple wall during the cyclone before falling off.

(With inputs from agencies.)