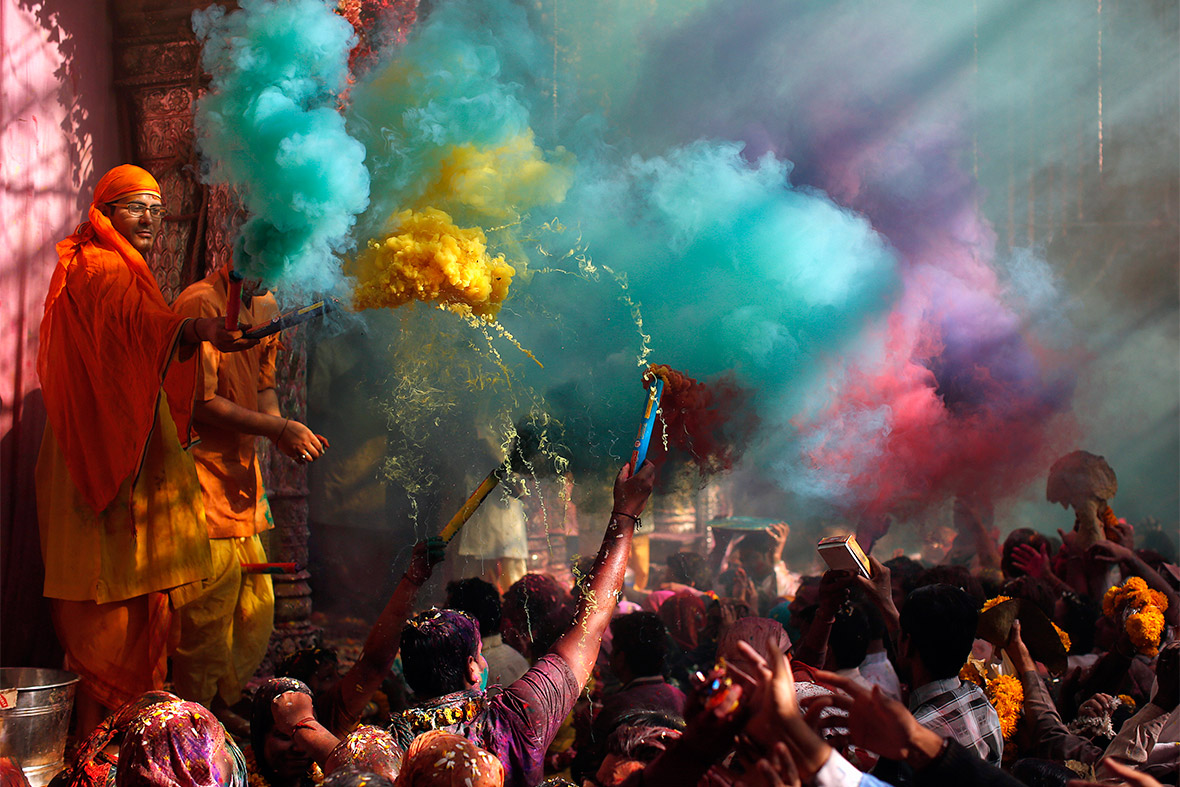 Holi is the Hindu festival of colours and is celebrated at the end of the winter season.

It is primarily observed in India, Nepal, and other regions of the world with significant populations of Hindus or people of Indian origin.

View photos of Holi 2014 celebrations in Nepal by clicking here.

The festival has, in recent times, spread in parts of Europe and North America as a spring celebration of love, frolic and colours.

Click here to view images of Holi 2014 celebrations in different parts of the world.

Holi: The Origin and Popular Folklore

Holi is an ancient festival, which is referred to in the 7th century Sanskrit drama, Ratnavali.

The celebration of Holi is recounted in Hindu sacred texts and stories that have passed from generation to generation. The main Holi legend is as follows (via BBC):

Holika was a female demon, and the sister of Hiranyakashyap, a demon king who considered himself ruler of the universe, and higher than all the gods.

The king despised his son, Prahalad, who was a faithful devotee of the god Vishnu.

One day the king asked him: “Who is the greatest, God or I?”

Prahalad’s response infuriated the king who decided to murder his son.

But the king’s attempts at murder didn’t work too well. Prahalad survived being thrown over a cliff, being trampled by elephants, bitten by snakes, and attacked by soldiers.

So the king asked his sister, Holika, to kill the boy.

Holika had been given a magic boon by the gods that made her immune to fire, so she seized Prahalad and sat in the middle of the fire with the boy on her lap.

However, because Holika was using her gift for an evil deed, her power did not work and she was burned to ashes. Prahalad, on the other hand, stayed true to his God, Vishnu, and sat praying in the lap of his demon aunt. The God protected him and he survived.

To celebrate the story, large bonfires are burned during Holi and in many parts of India, a dummy of Holika is burned on the fire.